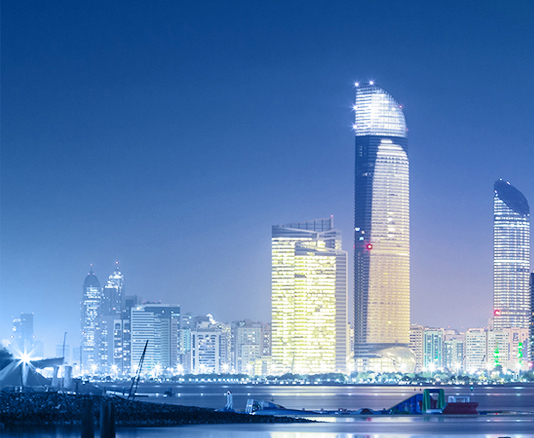 The largest and wealthiest Emirate in the UAE, Abu Dhabi is a city of beautiful contrasts; a cultural hub and business centre that resides on the crossroads of the global economy.

In the wake of its robust economy, Abu Dhabi has become one of the fastest growing cities worldwide. It is considered as one of the richest cities globally with real GDP reaching DHS 953.24 billion in 2013.

In recent years, Abu Dhabi has made major inroads in the steel, aluminium and petrochemical sectors and created an investor-friendly industrial zone to diversify its economy and ensure that its future economic growth will not just be dependent on revenues from oil exports.

Blossoming with ambition, Abu Dhabi is at the heart of the real estate, business, and tourism sectors in the United Arab Emirates. With fascinating architectural statements and timeless elegance, Abu Dhabi has prominent touristic attractions that distinguish it as an opulent choice, which keeps with its Emirati heritage.
Copyright © Tamouh - All rights reserved. |
info@tamouh.com, +971 2 417 7777